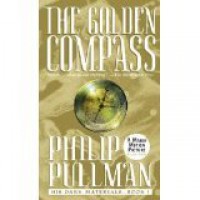 I read this one as a group read for the month of January 2014. We had many varied views about this book, and a recurring notion was that Lyra's development as a character was lacking. I disagree with this. I find that Pullman did a good job in conveying her emotions and thoughts throughout the book, though I have to be honest as say it: J.K. Rowling does it better in Harry Potter and the Sorcerer's Stone.

Highlight:
What I particularly found brilliant and highly imaginative about the book is the physical manifestation of a humans soul, the daemeon. That was really cool, especially the way how distance and actual permanent absences between the human and the daemon lead to a human's death. The whole parallel-world notion with a subtle tip of the hat to quantum mechanics was also quite impressive!

Definitely an enjoyable read and I'm looking forward to read the next instalment in the (near) future: The Subtle Knife!