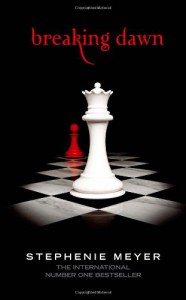 Finally finished with the Twilight "saga". Compared to the previous books in the series, this one was a real page-turner (but not really), even if it was rather predictable. Ms. Meyers doesn't really like to do anything really nasty to her characters, doesn't she?

What I liked in this book was that a large section that was told from Jacob's POV - that was a refreshing diversion. In my opinion Jacob was the least obnoxious character out of the entire cast of characters, so that was definitely a nice surprise from Ms. Meyers.

I wonder what the upcoming movie will be like.