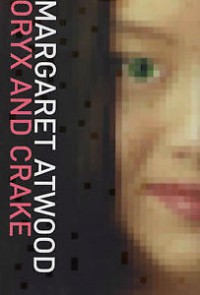 I'm not going to tell you what this book is about - plenty of other reviews spend more than enough time on that already as it is, seems redundant to me if you ask me when we already have a book description on the book-page :P I will tell you this though: this book is a frightful example of where genetic experimentation might take us in a not so distant future, if the genetic scientists continue to go down the path that they have been on for two decades, or more.

This books makes me wonder if we haven't already gone too far in the genetics field as it is: think of the sheep Dolly, the mouse with a human ear on it's back, etc. It wouldn't surprise me to see if genetics are going to be the source of our own downfall and the source of the sixth extinction, just like this book predicts.

I like the book because it makes me think about all that - which is something that I don't normally give much thought in my day-to-day life. So you can say that I like the concept behind this book and what it stirs in me, more than the book itself.

However, I do find the pace a bit too slow for my liking, considering the theme of the book. I like how Margaret Atwood uses an equal amount of flashbacks and "current-time" narrative, it keeps the story going and that keeps it interesting. It has a bit of an open ending, but that doesn't matter, for I already have the sequel waiting for me on my book shelve. Seriously though, I'm not one of those types that needs a neatly wrapped up ending, that can be quite unsatisfying as it doesn't keep you thinking.

3.5 stars if only GoodReads would let me. So here it is: rounded up to 4 stars just because it's Atwood - almost any other writer would have been rounded down to 3 - her story telling skills are simply too good for anything less.
Tweet